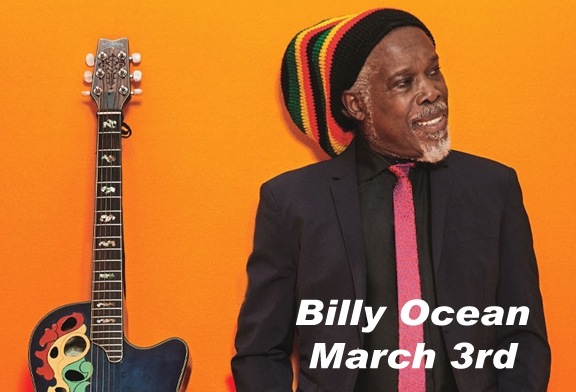 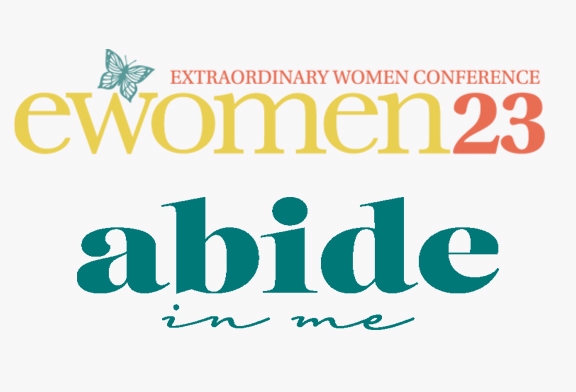 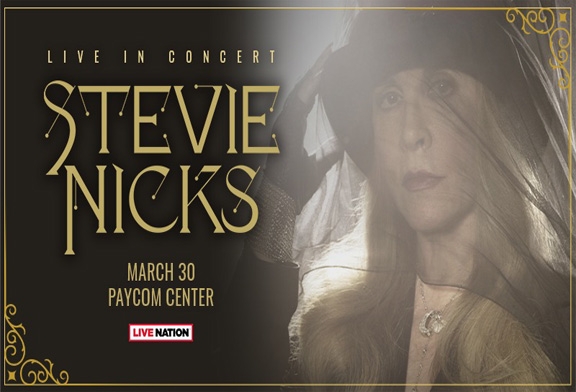 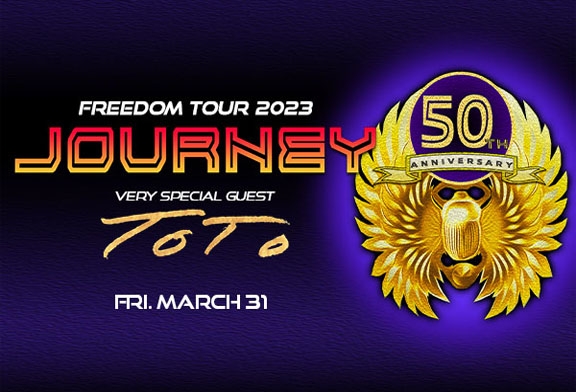 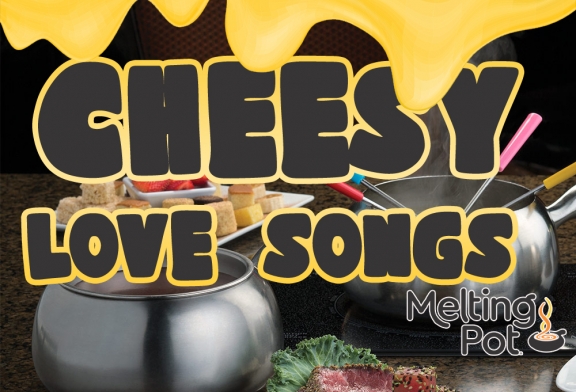 Dancing With The Stars 2/28

"Rubberband Man", by the Spinners

The Spinners - Rubberband Man, on Midnight Special in 1976

Friday night it was late, I was walking you home
We got down to the gate, I was dreaming of the night
Would it turn out right?
How to tell you girl, I want to build my world around you
Wanna tell you that it's true
I wanna make you understand I'm talking about a lifetime plan

Well that's the way it began, we were hand-in-hand
Glen Miller's band was better than before
We yelled and screamed for more
And those Porter's tunes made us dance across the room
It ended all too soon
On the way back home I promised you'd never be alone

Hurry, don't be late
I can't hardly wait
I said to myself when we're old
We'll go dancing in the dark, walking through the park
And reminiscing

Friday night it was late, I was walking you home
We got down to the gate, I was dreaming of the night
Would it turn out right?
Now as the years roll on, each time we hear our favorite song
The memories come along
Older times we're missing, spending the hours reminiscing

Hurry, don't be late
I can't hardly wait
I said to myself when we're old
We'll go dancing in the dark, walking through the park
And reminiscing

Eric Clapton is one of the most revered and influential guitarists of all time.

From his early days with the Yardbirds, through John Mayall’s Bluesbreakers, Cream, Blind Faith, Derek And The Dominos and on to his solo career he has had consistent critical and commercial success. “Planes, Trains And Eric” follows Eric Clapton and his band on the Far and Middle Eastern leg of his 2014 World Tour. The film features 13 full length performances from the tour intercut with interviews with Eric Clapton and the band members, rehearsal and soundcheck footage, travel by trains and planes, presentations and “fly on the wall” filming of all the many aspects of being on the road with Eric Clapton.
release date 03/11/2014
Tracklist:
1) Tell The Truth 2) Pretending 3) Crossroads 4) Driftin’ 5) I Shot The Sherriff 6) Little Queen Of Spades 7) Layla 8) Wonderful Tonight 9) Key To The Highway 10) Before You Accuse Me 11) Tears In Heaven 12) Cocaine 13) Hoochie Coochie Man 14) High Time (Credits – Audio Only)

Subscribe to our channel for more live concert footage: http://www.youtube.com/subscription_c...

You're watching the official music video for Fleetwood Mac - "Little Lies" from the 1987 album "Tango In The Night". The new Fleetwood Mac collection '50 Years – Don’t Stop' is available now. Get your copy here https://lnk.to/FM50 and check out North American tour dates below to see if the band is coming to a town near you.

Stay in touch with Fleetwood Mac...

Nicolette Larson (July 17, 1952 – December 16, 1997) was an American pop singer. She is perhaps best known for her work in the late 1970s with Neil Young and her 1978 hit single of Neil Young's "Lotta Love" which hit No. 1 on the Hot Adult Contemporary Tracks chart and No. 8 on the Pop Singles chart. It was followed by four more adult contemporary hits, two of which were also minor pop hits.

In this restored footage of 'James Taylor In Concert', James performs his classic "Fire and Rain" on the popular BBC series In Concert on November 16, 1970.

'In Concert' was produced by the BBC in the early '70s and featured performances from legendary acts of the time. In November 1970, James was 22 years old and his second studio album ‘Sweet Baby James', featuring "Fire and Rain", had released earlier that same year.

Footage licensed from BBC Studios Distribution Ltd. All rights reserved. Subscribe here to stay up to date with all new releases on the channel: https://bit.ly/3jApW2o.

LYRICS
Just yesterday morning
They let me know you were gone
Suzanne, the plans we made put an end to you
I walked out this morning
And I wrote down this song
Just can’t remember who to send it to

Won’t you look down on me, Jesus
You’ve got to help me to make a stand
You just got to see me through another day
My body’s aching
And my time is at hand
And I won’t make it any other way

Oh, I have seen fire and I’ve seen rain
I’ve seen sunny days I thought they’d never end
I’ve seen lonely times when I could not find a friend
But I always thought I’d see you again

So I’ve been walking my mind to an easy time
My back turned towards the sun
Lord knows the cold wind blows
It’ll turn your head around
Well, there’s hours of time on the telephone line
Talkin’ about things to come
Sweet dreams and flying machines
in pieces on the ground

Stephen Bishop - On And On

The group began as 'Fat City', a husband/wife duo of Bill Danoff and Taffy Nivert. The band was also composed of Jon Carroll (keyboards and vocals) and Margot Chapman (vocals). Carroll and Chapman were also married after meeting as members of the group, but later divorced. Their son Ben Carroll is also a musician.
The group's debut album was the self-titled Starland Vocal Band and included "Afternoon Delight". The song was a #1 hit and the album also charted. The group was nominated for five Grammy Awards and won two — Best arrangement (voices) and Best New Act. The follow-up album Rear View Mirror was a failure in comparison, although it was a minor chart entry, spending 13 weeks on the Billboard 200 (reaching a peak of #104). In 2010 Billboard named the song the 20th sexiest of all time.

Seals and Crofts is a band made up of Jim Seals (born James Seals, October 17, 1941, Sidney, Texas) and Dash Crofts (born Darrell Crofts, August 14, 1940, Cisco, Texas). The soft rock duo was one of the most successful musical acts of the 1970s. They are best-known for their hits "Summer Breeze" and "Diamond Girl". Seals' younger brother, Dan Seals was also well known as one half of another successful soft rock band in the same time period, England Dan & John Ford Coley, as well as for his success as a country artist in the mid-1980s. The duo disbanded in 1980, and both members went on to become public advocates of the Bahá'í Faith. They reunited briefly from 1991--1992 and again in 2004, when they released their final album, Traces.


I DON'T OWN THIS MATERIAL

"Copyright Disclaimer Under Section 107 of the Copyright Act 1976, allowance is made for "fair use" for purposes such as criticism, comment, news reporting, teaching, scholarship, and research. Fair use is a use permitted by copyright statute that might otherwise be infringing. Non-profit, educational or personal use tips the balance in favor of fair use"


"When You're in Love with a Beautiful Woman" is an internationally successful single by Dr. Hook. It was recorded at Muscle Shoals Sound Studio, Alabama.

Written by Even Stevens, who followed producer Ron Haffkine into the studio bathroom to pitch him the song. "When You're in Love with a Beautiful Woman" first appeared on the band's 1978 album Pleasure and Pain. Riding the disco wave in 1979 it belatedly became an international hit, reaching number six on the Billboard Hot 100[3] singles chart in the USA and doing even better in the UK where it spent three weeks at number one in the UK Singles Chart in November 1979.[4] The song was subsequently added to the band's 1979 album Sometimes You Win.
***

The band had eight years of regular chart hits, in the United States, where their music was played on top-40, easy listening, and country music outlets, and throughout the English-speaking world including the UK, Canada and South Africa. Their music spanned several genres, mostly novelty songs and acoustic ballads in their early years, though their greatest success came with their later material, mostly consisting of disco-influenced soft rock, which the band recorded under the shortened name, Dr. Hook.

Founding of the band
The founding core of the band consisted of three Southerners, George Cummings, Ray Sawyer (from Alabama), and Billy Francis, who had worked together in a band called The Chocolate Papers. They had played the South, up and down the East Coast, and into the Midwest before breaking up. Cummings, who moved to New Jersey with the plan of forming a new band, brought back Sawyer to rejoin him. They then took on future primary vocalist, New Jersey native Dennis Locorriere, at first as a bass player. Francis, who had returned south after the Chocolate Papers broke up, returned to be the new band's keyboardist.
When told by a club owner that they needed a name to put on a poster in the window of his establishment, Cummings made a sign: "Dr. Hook and the Medicine Show: Tonic for the Soul." The "Hook" name was inspired by Sawyer's eyepatch and a reference to Captain Hook of the Peter Pan fairy tale, although, humorously, because Captain Hook was neither a doctor nor wore an eyepatch. Ray Sawyer had lost his right eye in a near-fatal car crash in Oregon in 1967, and thereafter always wore an eyepatch. The eyepatch would mistakenly lead some people to believe that Sawyer was 'Dr. Hook'. When anyone asked the band which one of them was 'Dr Hook' they always directed everyone to the bus driver.
***

Dr Hook - "When You're In Love With A Beautiful Woman"